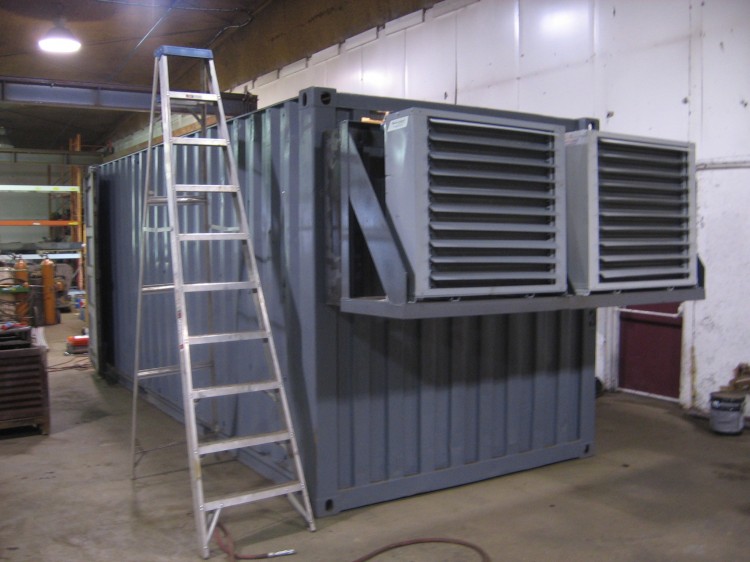 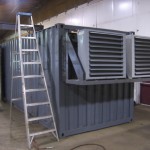 In 2005, I designed and managed construction of a rapid-turn project creating a dual hydraulic power system urgently required by the world’s largest dredging and maritime construction company.

The customer had requested a fabrication shop modify an existing dredge-spoil hopper with new screw augers for mixing materials. I was asked to help fit new drive motors to the augers. I quickly realized the previous fixed-speed direct-drive arrangement was unworkable for the equipment’s new duty, which could encounter foreign objects in dredge spoil and cause severe damage. 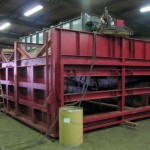 I proposed driving the augers with hydraulic motors with PLC controls to monitor pressures, detect problems, and take automated corrective actions to unclog the augers. The customer accepted my proposal. We then had to implement the system in very short order, so I managed or performed all details of purchasing, assembling, and testing the system.

Working with a hydraulics supplier, we came up with a hydraulic pump and motor pair that would meet the requirements, although getting them quickly required a lot of negotiations.

I purchased all electrical components and assembled them in my own home shop in a matter of days, as the fabrication shop had no facilities for such work. Everything had to be done using parts available from stock or on short lead times, which created some interesting challenges implementing servo drivers for the hydraulics! 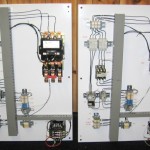 I had to rapidly develop and test a workable PLC program in parallel with all the other tasks. I used AutomationDirect.com for PLC and many motor control components, as their availability was exceptional compared to more traditional vendors. 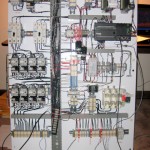 I used a hydraulics shop I’ve worked with extensively to fabricate two custom power units using components I selected. Each paired a 100 hp electric motor with an $18,000 Denison (now Parker-Denison) pump with electronic variable displacement controls. I had to source all the hydraulics components in just a few weeks.

The PLC used pressure sensors to measure load on the hydraulic motors. It could then change pump displacement, or reverse the motors, to prevent damage and clear obstructions. 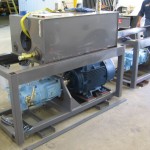 Each screw auger was driven by a rugged Hagglunds (now Bosch-Rexroth) hydraulic motor costing $27,000. Getting these motors on short order was very difficult!

System pressure could reach 4000 psi driving these pumps, so rapidly sourcing hoses and hydraulic lines was also a significant challenge. Most shops do not stock 1.5 inch 4000 psi hydraulic hose! 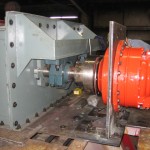 Slide gates which controlled flow of dredge materials into the screw augers were badly deteriorated, so I had the fabrication shop alter their design with plastic slide liners and install new hydraulic cylinders. 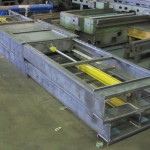 The dredge hoppers needed modifications to install the screw augers, and shaker screens beneath the hoppers required improved vibrating motors from VIBCO. I was involved with all of these design changes.

I selected and installed an auxiliary hydraulic power unit and solenoid valves to operate the slide gates. 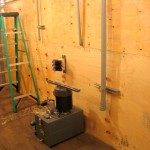 I had to figure out how to quickly get all this equipment packaged into a shipping container, using only components I could get off the shelf. Many rapid design changes had to be made. 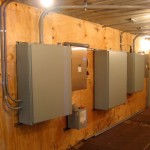 Panel enclosures in the container

The system was completed and demonstrated for the customer in the fabrication shop. It was then stored in a warehouse for 5 years due to changes in the New York harbor dredging program!

The customer then decided they wanted it again. I was summoned to Staten Island to help them resurrect it, which I did. The last I know, it was in Miami Beach on a major sand relocation project to preserve lovely (if artificial) Florida beaches.