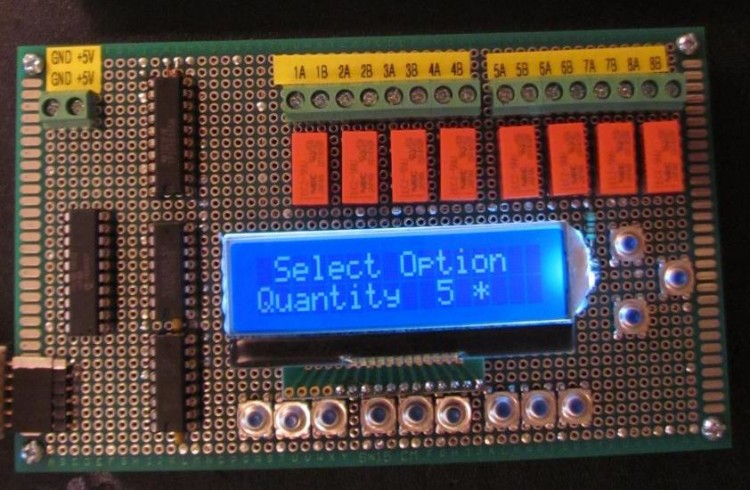 A client creating a home cooking appliance wanted quick prototypes of a custom timer controller which would activate various motors and other devices. While we talked about a PC board, he really wanted something almost immediately to start evaluating performance. I said I could have him two breadboards with firmware in 7-10 days.

I started with a little PIC18F microcontroller breadboard with an LCD I built as a portable text terminal for field-debugging another project. 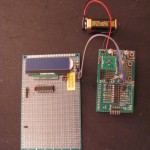 I plug-boarded together serial inputs for switches and high-current serial output drivers for relay driving. LEDs simulated the relays. It’s nice having a good stock of logic parts on hand to throw something like this together in a few hours!

In two days I had code running and tested, implementing all the customer’s major features. Waveforms show timing of the various outputs, repeating the selected number of times… 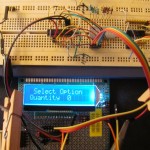 Quick Hack to Get Started 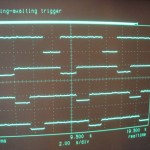 The next step is to get some real hardware. Parts ordered on Friday from Digi-Key arrived Monday (gotta love it when the US mail works!) and I started pondering how to place components for the breadboards. The LCD was soldered into the other board, so I drew a quick CAD model to simulate its dimensions. 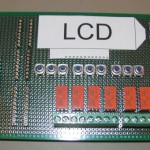 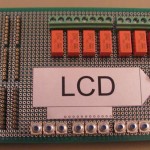 After placing the components as shown in the first view, I realized the buttons would be more accessible in the second arrangement. I checked with the customer to ensure there is no issue with wires exiting the top edge, then started building the two breadboards.

At the end of a day I had two breadboards about 75% complete. Building neat breadboards is very time- and energy-consuming! 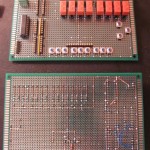 Displays arrived DHL from China on time (4 days!). During a delay getting two little adapter boards to permanently mount the displays, I implemented several “hidden configuration” features the customer requested as enhancements. I then wrapped up assembly and shipped the boards by next day air. Total elapsed time, two weeks, including requested enhancements. 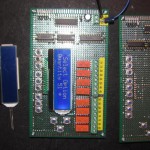 I hope the client will next have me do a PC board layout for this controller and build 10-20 units using my rework station. We’d like to migrate to a graphics LCD for nicer appearance, but opted for the character displays to get started quickly. 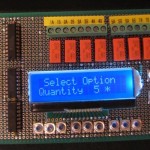 I think it’s pretty obvious I put a lot of effort into helping this client get their prototypes in short order. My reward was that they disappeared, still owing me a fair chunk of money! Luckily I reclaimed most of what they owed me when they reappeared after several months. Then they wanted me to provide them with source code for this project (which was never part of the deal), “because we are going to have you do more work for us”. Uh huh. Because I wouldn’t do it, they refused to post positive feedback for me, negatively impacting my “project score” on a freelance work site.

Please excuse me if I’m sometimes a bit cynical about people!