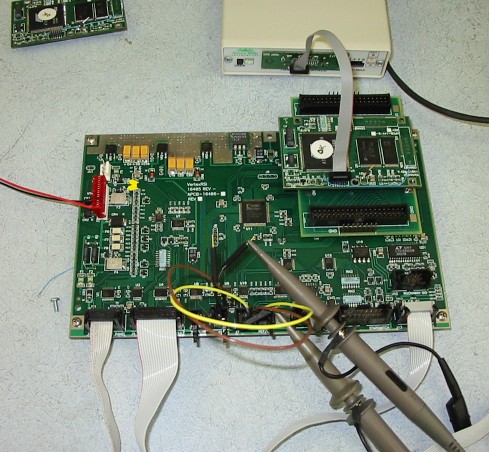 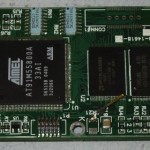 In 2004 I was working for a SatCom manufacturer whose microcontroller development was mired in the past. There were still creating designs based on the Motorola 68hc11 processors—a fine micro to be sure, but one well past its prime. We were constantly battling the 64kB memory limitation, often having to optimize code (even in assembly!) to fit memory. Processor speed and even chip availability were becoming issues too. Hundreds of hours were spent with logic analyzers trying to figure out what the heck was going on in code. It was insanity. 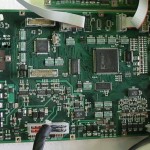 I did a survey of available processor technology and proposed a move to ARM processors. I wanted to standardize on high-level language tools allowing us to virtually always program in C, debug in source level, set breakpoints and single step hardware, optimize code reuse, and stop worrying constantly about size and speed. I wanted lots of memory, speed to burn, and lots of hardware features.I had little interest in which ARM chip we would use; I expected each design would use whichever best fit its needs.

Instead of paying $3-4 per chip for an 8-bit sole-sourced processor, we would pay $10 for 32 bit processors available from dozens of vendors, screaming at 66 MHz or more, with multi-megabyte address space.

Note that this was significantly before ARM cores had widespread acceptance in the handheld device market; its eventual dominance was not assured.

We also were battling many problems with availability of processors, Flash, RAM, and especially FPGAs! Component obsolescence in our microcontroller cores was eating a vast chunk of engineering resources. I therefore proposed we build a modular processor core (CoreBoard) based on an ARM chip and try to avoid using expensive FPGAs where they really weren’t justified. For example, why would you put UARTs in a $20-30 FPGA when you can buy a proven quad UART for a few dollars? With a standardized bus interface between boards, we could even redesign the core when needed to use new chips and leave motherboards (BaseBoards) alone. 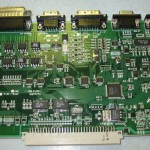 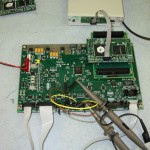 The project was generally a success. We had some issues with availability and manufacturability with fine pitch SMT stacking connectors between the boards. I believe after I left the company they moved the ARM processors onto the motherboards again, but by then there were many more chip flavors to choose from.

A decade later the company still uses ARM processors in its designs!