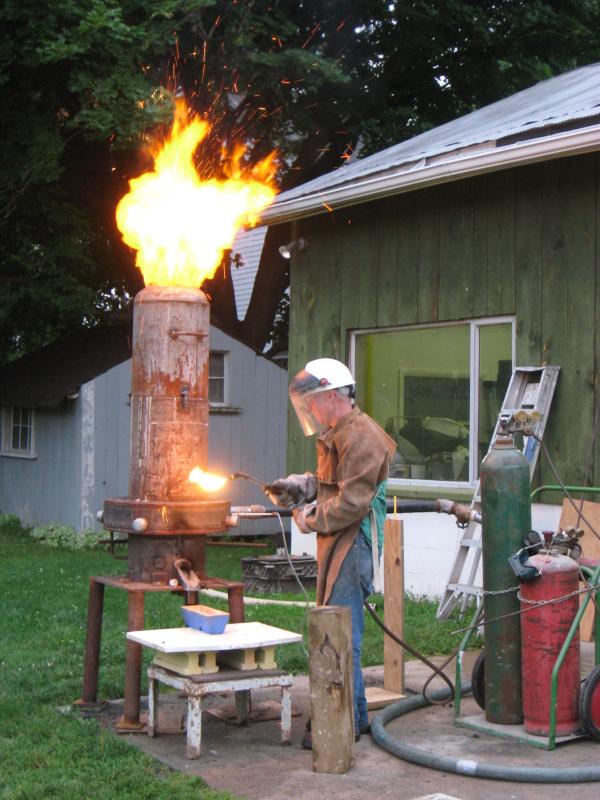 A friend of mine is a geologist and fellow industrial history buff, sharing my interest in ironmaking. He decided to build a cupola iron furnace for the bicentennial of a nearby iron mining community. We would be following a long lineage of ironmakers in the area!

Logistics did not permit firing the furnace at the bicentennial site, so we did it in his back yard. I assisted him with calculations relating to airflow for the blast, and assembled the blast air system with a Roots blower driven by three phase motor and VFD. 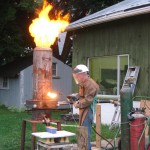 In the first firing we used coke fuel and scrap cast iron with local (high purity) limestone flux. We had inadequate heat and were unable to tap iron properly. We revised the furnace and I fabricated and installed a stainless-steel blast preheater, sight window, blast manometer, and other improvements.

We fired the furnace again and achieved a small amount of molten iron. Our eventual goal is to fire with local iron ore in place of scrap iron. We think that will require substantially more heat to get an adequate reduction zone.

We are considering further improvements and want to fire again in early 2015.