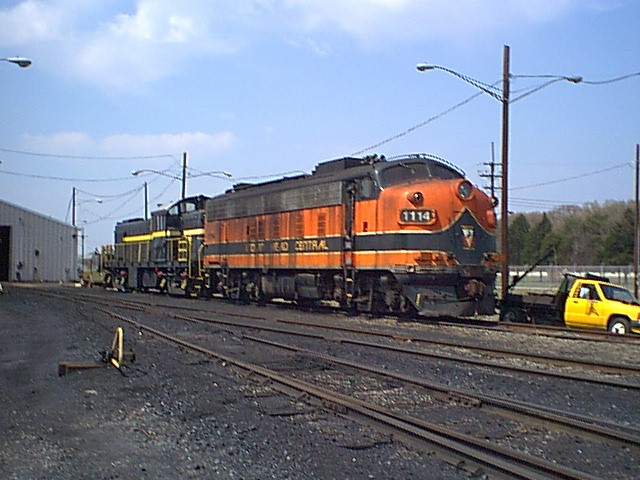 Bring out your dead!

In 2000, I was retained to return two EMD carbody locomotives to service for a prospective tourist and dinner train operator.

The two locomotives, rebuilt by Paducah for MBTA, had been stored for a number of years. Originally built as GM&O FP3a units, they were declared FP10a after rebuilding and addition of 500kW Cummins HEP generators crammed inside the carbodies.

On our first visit, we found ourselves with zero facilities–literally “shade tree” locomotive mechanics! Assembling several hundred feet of garden hose, we did manage to fill one cooling system. We charged batteries, inspected everything, prelubed the prime mover, and got one unit started after troubleshooting problems with the fuel pump circuits. After a brake test, we successfully moved the unit forward and backward a short distance and proclaimed the first unit “generally operable”.

Eventually, the owners obtained access to a very nice locomotive shop on the military base which was the terminus of the railroad. Later we used that facility to replace broken leaf springs on the locomotives, but that’s another story!

Unfortunately the dinner train was not a success, and the railroad has been removed. Coal is now brought in by truck for the power plant which still serves the base. Brilliant.