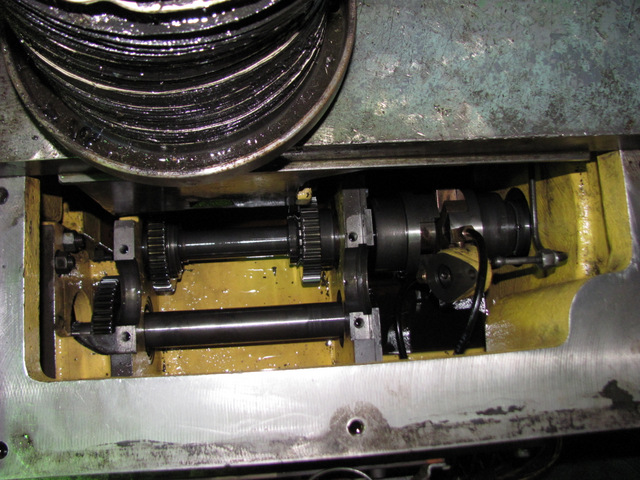 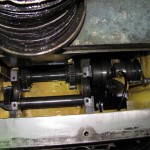 I first evaluated hydraulic pressures, which seemed to show the clutch seals and solenoid valves were ok. By analyzing the lost functions with respect to the gear train design, I was able to largely isolate where the problem could be. It seemed a mechanical failure in the gearbox was most likely.

Opening the gearbox, I found that the main output driveshaft for table X traverse had sheared. This is apparently a weak point of this machine. We obtained a replacement shaft and were able to repair the machine fairly easily, although the disassembly required was considerable! 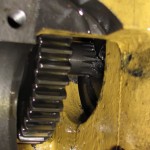 I wish I could have replaced this machine’s complicated and expensive feed gearbox with servo motors. The machine was built with ball screws, and conversion to servo drives for motions would be relatively easy. The spindle would retain a fairly complex mechanical transmission, but the remainder of the machine would be greatly simplified. The servos would be a step towards CNC controls, which would add tremendously to the machine’s capabilities!

This machine uses the obsolete Vickers D1L solenoid valves that gave fits on a Bullard VTL I repaired. I developed a retrofit solution to easily replace those valves with standard modern “D03 manifold” valves available from a variety of manufacturers.

Contact Me if you need an easy way to replace obsolete D1L valves!