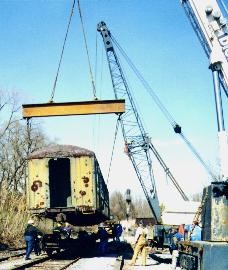 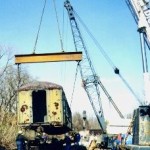 In 1997-8, I directed a project for a volunteer group to ship a historic railroad baggage car from North Carolina to the north. The group purchased the car some time prior, but other volunteers could not surmount various challenges to get the car home. Due to its age and condition, it had to be moved on an oversized flatcar with its trucks in an adjacent gondola car. Once home, the carbody and trucks had to be unloaded and reassembled.

Considerable logistics was required to arrange rigging on both ends, load inspection, rate quotes, load inspections, and many other tasks. I ultimately traveled to Spencer Shops to personally remove under-car components to prepare it for loading. Back home, I convinced Dickinson Crane to provide their unloading services as a donation, and directed the operation. 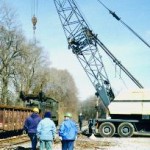 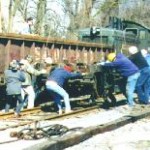 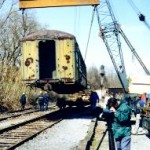 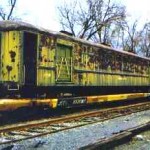 The car is in storage at a museum and will hopefully someday be fully restored.