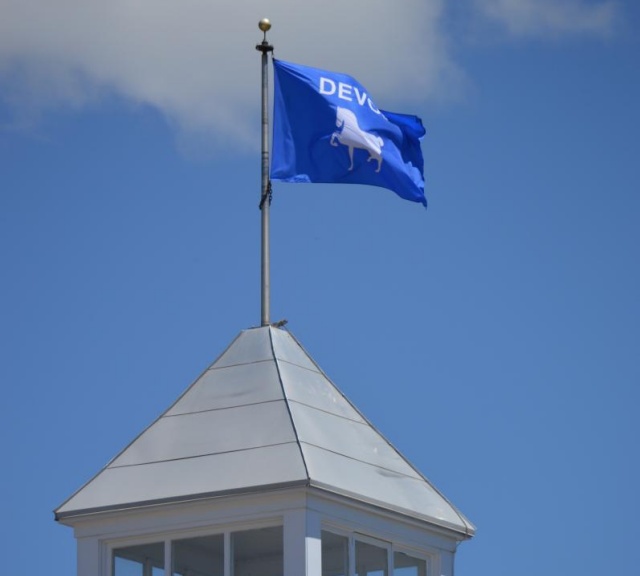 In 2013 and 2014, after several years helping others prepare for and compete in the Devon Carriage Marathon, it was time for me to give it a shot. Held outside Philadelphia on “the Main Line” for more than 125 years, Devon is among the oldest and largest horse shows in the USA, and certainly one of the most prestigious. The Marathon includes judging before and after a four mile drive through the ritzy neighborhood adjacent to the show grounds, where people hold picnics and parties on their lawns. It’s a fairly stressful test of driver and horse!

In 2013 the old man and I were exceptionally pleased to take third place at our first time out together, with positions one and two going to full-time professional drivers! And yes, smart ass, there were more than three entries in the division… I think there were 7.

My old railroading friend Tom came out to see us at his first horse show and took pictures to capture the event, including some great candid moments.

In 2014 I was back at Devon with new wheels. That spring I spent several months and countless hours restoring a Carriage Machine Shop “dog cart” once owned by a noted equestrian granddaughter of John D Rockefeller.

To go with a fancier vehicle, I needed a groom. My long-time friend Caroline agreed she would stoop to attending Devon with an amateur like me. And I switched to a black bowler.

After all the effort, I felt especially good when a fellow competitor–driving a fancy pair of warmbloods–pulled alongside in the warmup ring and gave us a thumbs up! Apparently we didn’t look too shameful.

When I went to prepare for my first driving show I needed a hat. Every driver needs a hat. Luckily my friend and former co-worker once managed production at Bollman Hats of Lancaster county, which has been making hats in America since 1868. I ended up with my favorite brown derby!

When I prepared to go to Devon, Bollman wasn’t making any derbies. But with some string-pulling they pulled out the tooling and I ended up adding gray and black derbies to my collection. I wear these classic American-made hats with honor for the Bollman tradition of quality and craftsmanship. I bet more than a few competitors at Devon have driven in Bollman hats!