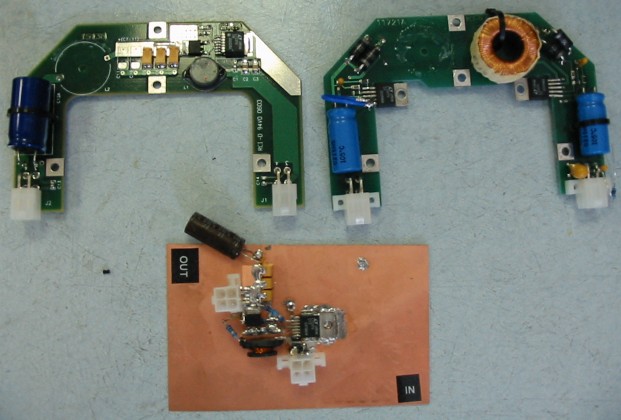 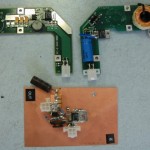 While working for a SatCom company that’s now part of one of the largest US government contractors, I was asked to redesign a DC:DC converter used to power cooling blowers.

The existing 12 to 24 volt converters had poor efficiency and were crudely implemented with dated through-hole components. With eight converters in an amplifier system, high input currents “beat” together and caused major electrical noise problems.

Despite limited experience with DC:DC converter design, I diligently researched problems with the existing converter and worked with Linear Technology and magnetics and passives vendors to create an optimized design. I greatly increased switching frequency to reduce component size and weight and improve efficiency, and switched to surface mount parts to reduce parasitic inductance and capacitance. I carefully guided the drafting department to create an effective printed circuit board.

The result was a tremendously improved converter which served the company successfully for some years.