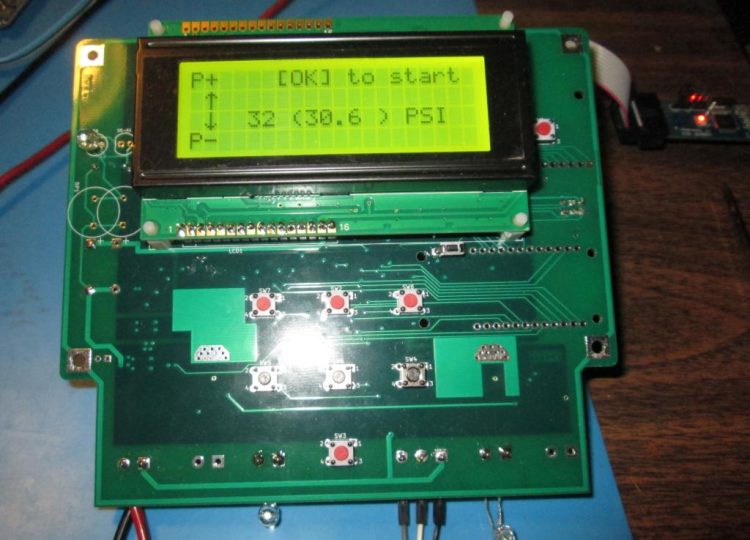 I finally laid out a PC board for this tool idea and got it this week. It supports several processor options, drives solenoid valves, and has some analog sensor inputs in addition to buttons and display options. I did all the mechanical design for the stackup of display modules and switches, and I can order full custom enclosures and membrane overlays to make it all look quite professional.

The board is a mix of through-hole and SMT technology, due to the presence of switches and LCDs and micro modules and such. I therefore built up first units incrementally by hand, rather than bothering with a solder stencil. My only glitch was a crystal that didn’t like the capacitive loading I had. Luckily I had some TH crystals I hacked on to get running while waiting for new ones to arrive. 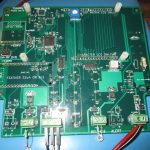 This board is a development platform, so it supports a couple of microcontroller choices, including Adafruit’s “Feather” modules (Atmel 32u4) as a way to add BLE (Bluetooth Low Energy), should I decide I want it. I also included the option of a Kinetis KL02 (ARM Cortex M0+), since I am becoming a bit of a Kinetis* fan.

* or whatever they call themselves today!!

My first builds, however, use an Atmel 32u4 chip, which I’m programming in C using the freeware Sloeber IDE. I wouldn’t want to do massive development with it, but so far it’s proven to be a fairly robust tool suite for simple projects. I have a couple other ‘Arduino-style’ projects I’ve been tinkering with using Sloeber… 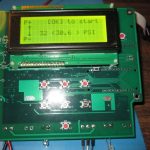 The PC board supports both character and dot-matrix-graphics LCD. I checked out that both interfaces work, but for right now I’m sticking with the character LCD, since I have years of experience with them and they just sorta work! Graphics LCDs require libraries, and I have this thing about relying on other peoples’ unknown code… 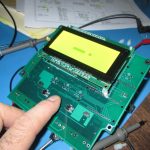