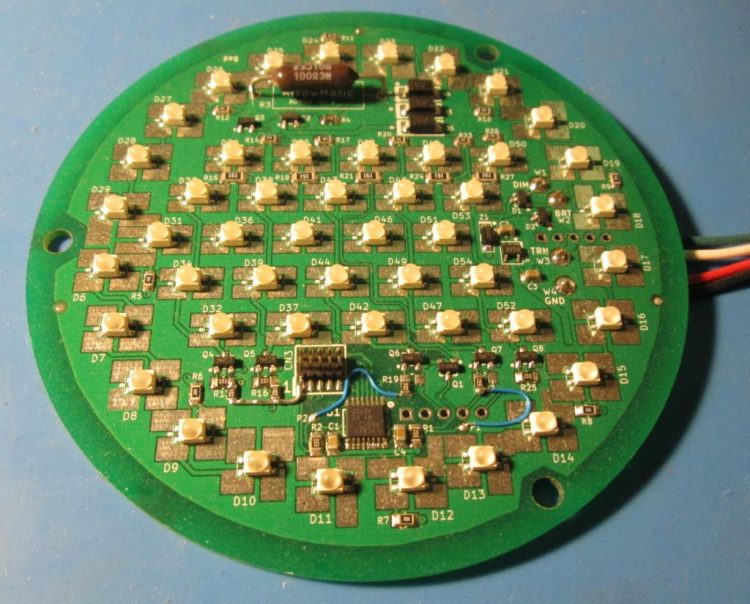 This was an interesting layout, due to the need to provide as much heatsinking as possible. LED manufacturers do not typically provide the greatest thermal information, so lacking thermal modeling software I have to be pretty conservative with my designs. So far this approach has worked well, though it is a little time-consuming. Some of the SMT LEDs used here put out ~10,000 mcd each, so heat can be an issue! 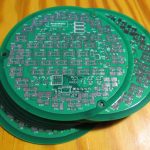 I received PC boards this week and used a stainless SMT stencil ordered with the boards to quickly built up a first unit using my hot air rework station. 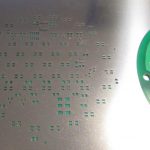 This board uses a Kinetis LPC811 microcontroller which I’ve never worked with before, and I ran into a glitch with the pins I chose for I/O. I therefore had to hack on a couple pull-up resistors. One can’t really complain about any new PCB that works with only two jumpers and no cuts, however!

I looked at a number of low-cost/low-size micros for this project, but I couldn’t see buying some dated PIC chip for several dollars when the LPC811 is a 32 bit ARM Cortex M0+ for not much over $1.00! The application is simple, but I had no trouble getting code up and running for the application, based on just a couple examples.

This was also my first time using the LPCXpresso IDE, which is a little different from the Kinetis tools I am used to. Overall I am pretty pleased with the LPC chip and will look at them for similar low-end micro applications. Anything to avoid that company that starts with Micro and ends with chip! 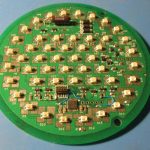 So far the board is working well for tests. My friend and I are evaluating refinements and doing market research to see where we want to go with this idea.